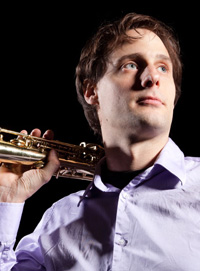 Lars Mlekusch (born in Baden, Switzerland) has established himself as one of the most sought after saxophonists and educators.
He has performed in most European countries as well as in Japan, Taiwan, Hong Kong, China, Thailand, Canada, USA and New Zealand. Lars Mlekusch was a guest musician with the world renowned Klangforum Wien for ten years until he joined the ensemble PHACE as their saxophone soloist. From 2009 until 2015 he was the artistic director and conductor of the Vienna Saxophonic Orchestra. With his Duo Saxophonic he is exploring the possibilities of saxophone with live-electronics and in the Duo Iridolon with organ player Tobias Willi, he is working on new repertoire for saxophone and organ as well as transcription of baroque music.
At the age of 26, he was appointed professor of saxophone and chamber music at the Konservatorium Wien University in Vienna, where he is leading a highly successful international saxophone class. From 2004 to 2007 he was also teaching saxophone at the University of Music in Basel.
In 2015 he has also been appointed the new saxophone professor at the Zurich University of the Arts (ZHdK).
Lars Mlekusch has been invited to teach masterclasses at renowned institutions such as the CNSMD Paris, Conservatorium Amsterdam, Royal College of Music London, Koninklijk Conservatorium and Conservatoire Royal Brussels, Chopin University of Music Warsaw, Lucerne University of Music, Lausanne University of Music, Conservatorio Giuseppe Verdi Milano, Conservatorio Santa Cecilia Roma, Conservatorio Real Superior Madrid, Conservatorio Superior Sevilla, Conservatoire Boulogne- Billancourt, Conservatorio Superior Palma de Mallorca, Shanghai Conservatory, Bejing Central Conservatory, Senzoku Gauken College Tokyo, Kunitachi College Tokyo, Northwestern University Chicago, Eastman School of Music, Manhattan School of Music, University of Illinois Urbana-Champaign, Bowling Green State University, Michigan State University or University of Toronto.
In 2011 he was a jury member at the “Int. Saxophone Competition Nova Gorica” and at the “3rd Int. Jean-Marie Londeix Competition Bangkok”. In 2014 he was a jury member of the prestigious “Int. Adolphe Sax Competition” in Dinant. Further jury duties included “Deutscher Musikwettbewerb”, “EMONA”, Golden Saxophone Odessa and many more.
At the festival SAX14 in Amsterdam he was a featured performer and performed together with James Carter. In Febraury 2016 he is invited to perform a solo recital at the new Concert hall of the Mariinsky Theater in St. Petersburg. Lars Mlekusch has been invited to the faculties of the prestigious European Saxophone University Gap and of the Impuls Academy Graz.
Lars Mlekusch is a graduate from the University of Music in Basel (Marcus Weiss) and from Northwestern University (Frederick L. Hemke). He also enjoyed conducting classes with Emilio Pomárico in Milan which led him to explore a new musical journey through conducting. He has conducted in places such as the Wiener Konzerthaus or Wiener Musikverein.
In 2006 he was diagnosed Focal Dystonia ("Musician´s Cramp") in his right hand and in 2011 focal dystonia of the embouchure. Despite this condition, he continuos to perform extensively as a soloist and with his ensembles but is emphasizing his work as a conductor and educator.