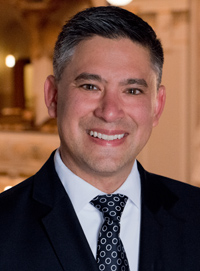 Dr. Gene Peterson is the Director of Choral & Vocal Studies at the Collinsworth School of Music at California Baptist University in Riverside, California, USA.

Dr. Peterson is an internationally recognized choral conductor and clinician, whose prior appointments include Director of Choral Studies at Bethel University (Minnesota) and Associate Director of Choral Activities at the University of Tennessee. Dr. Peterson has also served as music director and conductor for college, secondary school, church, and community choirs in the States of California and Washington. Ensembles under his leadership have performed in venues throughout the United States, Europe, Australia, and New Zealand, including the Sistine Chapel, the Sydney Opera House, Chicago Symphony Hall, and Carnegie Hall.

Due to his reputation in the international choral community, Dr. Peterson is in high demand as a lecturer, choral clinician and adjudicator for local, regional, and international choral festivals, symposiums and workshops, has conducted numerous honor choirs and all-state choirs, and served as a guest conductor for choral concerts and festivals around the world. He also serves as the Artistic Director of Choirs for Perform International and Perform America, casting the mission and vision for performance tours throughout the world.