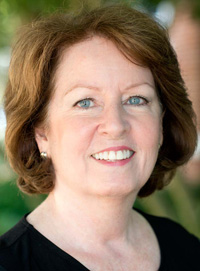 Carol Riggs received her Bachelor of Music from UNC Chapel Hill and her Master of Music from UNC-Greensboro.  She was inducted into the North Carolina Choral Directors “Hall-of-fame” in 2016. Singers under Carol’s direction, have performed at St. Patrick’s Cathedral, St. John’s Cathedral, and at Riverside Church in New York City, and internationally in Paris, London, and Amsterdam.  They have also performed in national festivals in Atlanta, Chicago, Nashville, New York, and Virginia Beach. Mrs. Riggs retired after teaching for 30 years in North Carolina. Her choirs consistently received superior ratings at NC Large and Small Choral Festivals.
She has been chosen as Teacher-of-the-Year three times during her career. Mrs. Riggs served as a board-member of the High School Choral Section of the North Carolina Music Educators Association (NCMEA) for 20 years. She served as coordinator of the North Carolina All-State Honors Choir for 14 years. Carol currently works with the American Choral Directors Associaiton (ACDA) to facilitate national and regional conferences throughout the United States. She continues to teach private voice lessons and is active as a clinician and adjudicator.
During the summers of 2015 and 2016, Carol and her husband, Phillip taught music at the Entel Foreign Language School in Hangzhou, China.