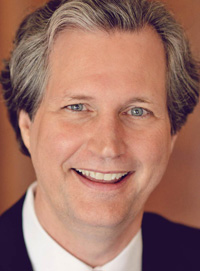 Phillip Riggs, winner of the 2016 Grammy Foundation Music Educator Award, is currently a music instructor at the North Carolina School of Science and Mathematics (NCSSM) in Durham, NC. Phillip is a recipient of the Exceptional Contribution in Outreach Award presented each year by the University of North Carolina Board of Governors for his work with music education programs throughout North Carolina. Prior to joining the NCSSM faculty, he was the first band director and fine arts chair at Ronald Reagan High School. Mr. Riggs was the first faculty member selected to the Reagan High School Hall of Fame, (Fall, 2015).
During his thirty-year career, Mr. Riggs has served in several leadership positions. He was the coordinator of the National Association for Music Educators, (NAfME) National Wind Ensemble at the Kennedy Center in Washington, D.C. (2011, 2012). He currently serves as the Southern Division Representative on the NAfME Council for Band and as the North Carolina Chair of the National Band Association. He was President of the North Carolina Band Directors Association (2006-2008). He also served as chair of the North Carolina High School All-State Band (8 years), chair of the NCMEA Technology Committee and founding chair of the NCMEA New Teacher/Mentor Committee. Phillip is active as a clinician and adjudicator throughout the United States, Austria, and China.  His professional affiliations include; National Association for Music Educators, Phi Mu Alpha Music Fraternity, National Band Association, and in 2005 he was voted into the American School Band Directors Association.